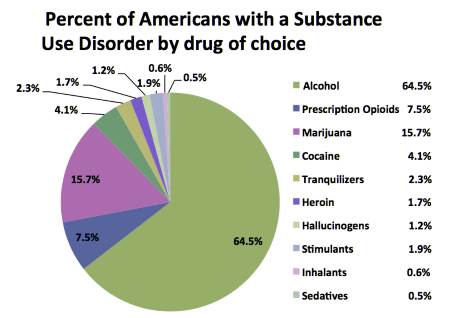 First, let’s define addiction. The continued use of a substance or behavior despite detrimental effects and consequences. Physical addiction and psychological addiction are two very different things. There are surprisingly few physically addictive substances.

Alcohol and heroin are the two most commonly thought of, however, probably the most widespread is nicotine. Physical addiction occurs when receptors in the brain physically change. They become dependent on the substance and an increased tolerance is part of that dependence.

Physical symptoms occur when the substance is drastically reduced or stopped suddenly. This is normally referred to as withdrawal symptoms. Psychological addiction can be just as damaging and is in no way a lesser illness.

By its very definition, psychological addiction stems from a mental or emotional need for a substance or behavior. The dependency is purely in the sufferers mind and there are no physical symptoms of withdrawal.

How does addiction happen?

Well, usually quite slowly. Despite the anti-drug rhetoric, one hit does not get you hooked. In fact, many people can take drugs recreationally for many years without becoming addicted. The same goes for gambling, drinking alcohol, eating, having sex and every other activity that can be addictive. Nobody is an alcoholic after one drink.

Or, in layman’s terms, the wiring's wrong upstairs. Then we have learning behavior from peers and environmental influences. And finally, we have thoughts and belief systems driving feelings, which in turn create behavioral patterns. If these thoughts are abnormal then the behavior will correlate.

Drugs are not the only Problem

Drug abuse gets most of the press when it comes to addiction. As a goal directed behavior it is simple to understand. You go looking for drugs, you find them and take them. There has been much talk of the great and powerful dopamine in recent years.

The neurotransmitter linked to the reward process plays a huge part in addiction. It is an obvious part of drug addiction, but maybe not so in other areas. The gambler seeks the reward from their actions, it’s just not so readily understandable. No addict starts out that way.

The seeking of pleasure goes in stages from ‘I want to’ up to ‘I must do’.

This destructive path can manifest in many ways. Alcohol and drugs are the most common but there are many, many others. Gambling is highly addictive, the rush playing roulette has often been likened to a drug by gamblers.

Sex can become a compulsive act for some. Eating disorders can be related to addiction in many cases. Adrenaline sports have been recognized as a problem for some. The fact is most behavior can be maladaptive and therefore addictive.